FutureHeights board is engaged but not unanimous 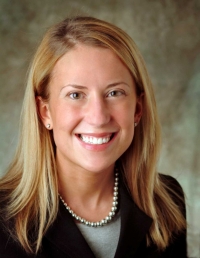 In its more than 10-year history, FutureHeights has never endorsed an issue on any ballot. We have often discussed issues and published articles to help inform the public and stimulate civic discourse. In the August Opening the Observer column, our executive director stated that if FutureHeights decided to advocate on behalf of an issue, the opinion would be clearly marked as such.

We recognize that a comprehensive school facilities project represents a large investment in our community’s infrastructure, the likes of which we have not seen in 40 years.

Last year, after the school board decided not to move forward with Plan C, our organization petitioned the school board to create a Lay Facilities Committee (LFC) to re-examine the school facilities issue, and our executive director served on the committee. One of our board members, Mark Chupp, served as a consultant to the LFC’s communications subcommittee.

FH gave thoughtful consideration to whether or not we should endorse Issue 81 as an organization. We discussed and debated the issue at three board meetings and via e-mail. We asked Citizens for Heights Schools, the community organization formed in support of the bond issue, to answer our questions.

Two who voted to endorse the issue said, “We cannot undo past mistakes or fix all problems with public education but fixing our school buildings is the most pressing need now. Our mission promotes a strong community, and public school buildings that are attractive and up to standards are essential,” and, “The health of our schools is integral to the vitality and economic development of our community, which falls within the mission of FH. This includes both educational and curricular excellence, as well as a change in perception of our schools. Sadly, this starts with the aesthetic of our facilities. FH often encourages the community to invest in itself.”

One member who voted to oppose endorsement said, “Many CH-UH citizens have invested a lot of their time into the facilities plan. Irrespective of one’s thoughts about the plan particulars, the plan is a viable, realistic and credible plan. It is indisputable that the infrastructure assets of the district need to be improved. It is also indisputable that the trajectory of the education program of the district needs a commensurate directional change. Until the district puts forth a comparable education plan, any support from FH should be withheld.”

Another member, said, “Although FH and the Observer are two separate entities, they are so closely linked in people's minds that taking a stand would undermine the newspaper's objectivity and neutrality. The issue is so important to the growth and sustainability of the Heights community, however, I believe that individual board members should submit opinion pieces to the newspaper—clearly under their own names.”

We believe that continuing constructive discourse regarding Issue 81 until Election Day is the best way FH can maintain its mission of supporting and promoting civic engagement. We do not want to compromise our long-standing tradition of impartiality and objectivity by endorsing an issue without full agreement of all board members. We also never want to compromise the objectivity and standards of the Heights Observer, which provides a voice to all citizens.

We remain committed to maintaining and convening community conversation. This issue of the Observer contains seven pages of letters to the editor and opinion pieces on the bond issue and other matters. Several board members have written pieces from their own perspective; some are printed in this issue, others will appear online or in the November issue. Our school facilities-themed Question of the Day remains online for you to state your opinion, and, we invite you to send your letters and opinions to us at www.heightsobsrver.org.

We encourage you to educate yourself about the candidates and issues, and then vote on Nov. 5.

Clare Taft is the president of the FutureHeights Board of Directors.