CH resident chosen as president-elect of Junior League of Cleveland 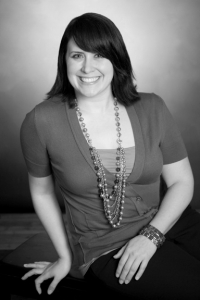 Cleveland Heights resident Annemarie Grassi has been chosen as the 2012–13 president-elect of the Junior League of Cleveland (JLC).

JLC is celebrating its centennial anniversary this year. According to its mission statement, JLC is an organization of women volunteers dedicated to community change. Its members show creativity and diversity while promoting voluntarism.

Grassi has been with Open Doors Academy for 10 years and resides in Cleveland Heights. She has been a member of the JLC for eight years and served as co-chair of the Girls Make Great Leaders Initiative and Girl Culture Initiative. She also served on the board of directors as training director for one year and membership director for two years.

"My initial reaction was excitement and panic," Grassi said. "I wasn't thinking about running this year until a conversation with a friend encouraged me. After an interview, I received a call that I was selected. I was honored that I had been chosen and I hope to raise awareness of JLC's work and to empower women."

Hermione Malone, JLC president, said in a statement, "The new board represents a mix of talented women who will further the long history of developing women as civic leaders to improve the community."

Yelena Tischenko is a senior majoring in magazine journalism at Kent State University and a Heights Observer summer editorial intern.