New report shows that poverty has increased in Heights cities 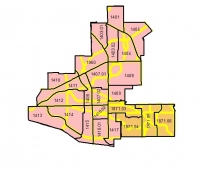 In a recent report, “The Changing Face of Poverty in Northeast Ohio,” the Center on Urban Poverty and Community Development at Case Western Reserve University (povertycenter.cwru.edu) reported that the number of people living in poverty has markedly increased over the past decade. Inner-ring suburbs, including Cleveland Heights, are among the most affected. The report cites unemployment, lower wages, and increased living costs as some of the reasons. Another factor is the abandonment of some areas by wealthier citizens who are then replaced by poorer ones, or not replaced at all.

The story of poverty in the Heights is more complicated than a cursory glance at the statistics may make it seem. For example, the presence of college and graduate students in a neighborhood is one factor that can sometimes skew poverty statistics. Students often live below the poverty line, despite sometimes having financial resources not reflected in their own incomes, and students are much less likely to remain poor than others with incomes below the poverty threshold ($22,190 for a family of four in 2010).

The student factor may be significant in some Cleveland Heights neighborhoods, where college and graduate students not living in dorms can account for large shares of the population. In tract 1413, for example, in the southwest corner of the city, the most recent poverty rate is 28.5 percent of the population; but among nonstudent residents, it is just 8.8 percent. By contrast, in the aforementioned North Coventry tract, the overall poverty rate is 43.4 percent, but registers at 47.3 when the student population is excluded. Students are but one factor in the advance of poverty in the Heights [see accompanying map and table], and only students living off campus are considered in these calculations. The census bureau does not determine poverty status for residents of group quarters, a category that includes students living in dorms.

Poverty statistics drawn from Census 2000 are not directly comparable to more recent numbers. The 2000 figures were based on responses from the randomly chosen households that were required to fill out the census “long form.” Since then, the long form has been replaced by the American Community Survey (ACS), which continuously gathers information from samples of the population. For small areas, such as census tracts, information is gathered over five-year periods, rather than at a single point in time, and the small-area data obtained through the ACS comes with significant margins of error.

Vince Reddy, a Future Heights board member, is a 13-year resident of census tract 1401.