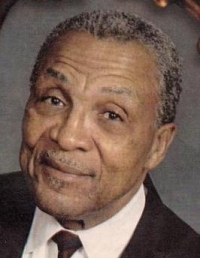 The news in recent months has been about Cleveland losing stars to Miami, but sometimes it goes the other way. Ezekiel "Zeke" Burrows of Cleveland Heights, who died on Dec. 15 at age 76 after a brief illness, came to us from his former home in Miami and, during his many years here, contributed immeasurably to the civic life of Greater Cleveland.

Burrows served on the Cleveland Heights Planning Commission for the last dozen years, where he was known for a unique style of oratory, an always friendly demeanor, and his insistence on commending his fellow citizens on the plans and ideas they brought before the commission. He was politically active, having participated in multiple political campaigns, including a run for a seat on the school board, and he served his church, Mount Zion Congregational, in numerous capacities. He was a leader in his neighborhood, where he led efforts to help neighbors in need and encouraged young people to excel in school and in life.

After his graduation from Florida A & M University, Burrows worked as physical education teacher and assistant principal for the Miami-Dade School District before beginning a long career in the insurance industry in 1965. He retired from Nationwide Insurance as a district regional sales manager in 1998.

Burrows is survived by Gloria, his wife of 49 years, three children, six grandchildren, a great-grandchild, and a host of other friends and relatives. He epitomized the engaged citizen, for which Cleveland Heights is known. There will never be another Zeke.

Donations can be made in his name to Mount Zion Congregational Church’s capital campaign.

Vince Reddy, who works for Cleveland Public Art, has lived in Cleveland Heights for nearly 14 years.