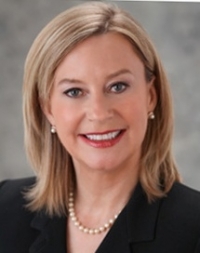 The forum should be of special interest to those wishing to know more about the state's electoral process. The secretary of state is the top elections official, who oversees the 88 county boards of election. Ohio’s current secretary of state, Jennifer Brunner, opted not to run for a second term and to instead seek the U.S. Senate seat George Voinovich is vacating. While state representative Jon Husted faced off against former Ashtabula County Auditor Sandra O’Brien in the Republican primary, O’Shaughnessy was the sole candidate in the Democratic primary.

However, O'Shaughnessy joined the Democratic ticket in February, replacing a previous candidate who stepped aside. She hasn’t had much time to introduce herself to voters outside of her native Columbus, where she is currently clerk of courts. Although she comes from a prominent political family in Columbus, she’s unknown throughout the rest of the state. This forum will give voters in this area an opportunity to get to know the candidate and ask about her ideas for running elections in Ohio.

Anastasia Pantsios is a member of the board of trustees of the Cleveland Heights Democratic Club.
Read More on Other