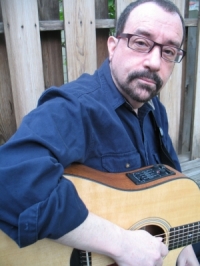 David Budin, a writer from Cleveland Heights, has been selected to speak at the 39th annual national Writers Conference of the American Society of Journalists and Authors in April at the Roosevelt Hotel in New York City. He is also serving as co-chair of this year’s conference.

Budin, a freelance journalist since 1992, is the former editor of Northern Ohio Live and Cleveland Magazine and serves on the Heights Observer's Editorial Advisory Committee. He will serve as moderator of a panel discussion called “Freelancing 101,” covering what a beginning freelance writer needs to know, with a panel of four other successful freelance writers from around the country.

Founded in 1948, ASJA is a national professional organization of independent nonfiction writers. It includes more than 1,400 freelance writers who have met its exacting standards of professional achievement.

Information about ASJA and the upcoming conference can be found at http://www.asja.org/wc.